Barely two hours of time and the light is not too fine. So what … and where to shoot?
When I went out, I did not have a clue where to go and what I wanted to take some photos of. So I just took the car and drove around aimlessly.
After a while I crossed a river.  Water and reflections are often a good subject for a photo, so I decided, it may be worthwhile to follow the stream for a while. 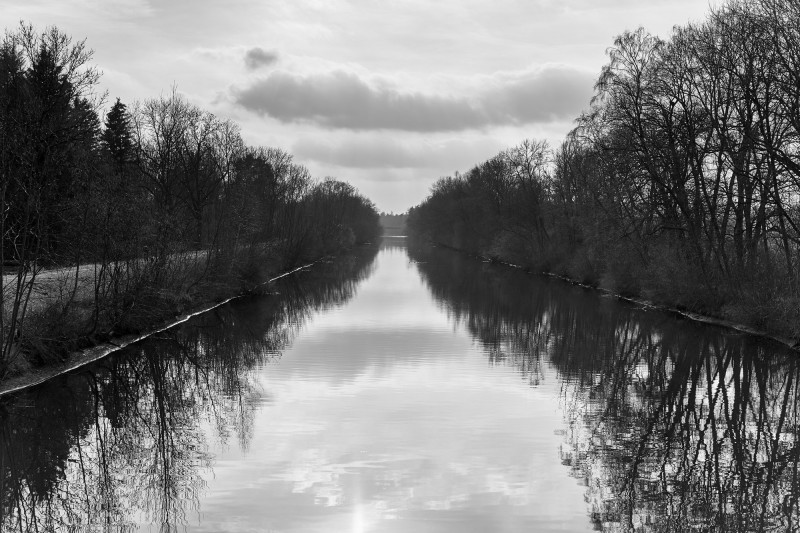 After a while I saw a little bridge and stopped because I was curious about it and wanted to see what’s under it. Some big stones with moss on it got my attention. But shooting photos of stones with moss on it didn’t seem very appealing when I first looked through the viewfinder. But after changing the position by putting the camera on the ground it looked much more interesting. 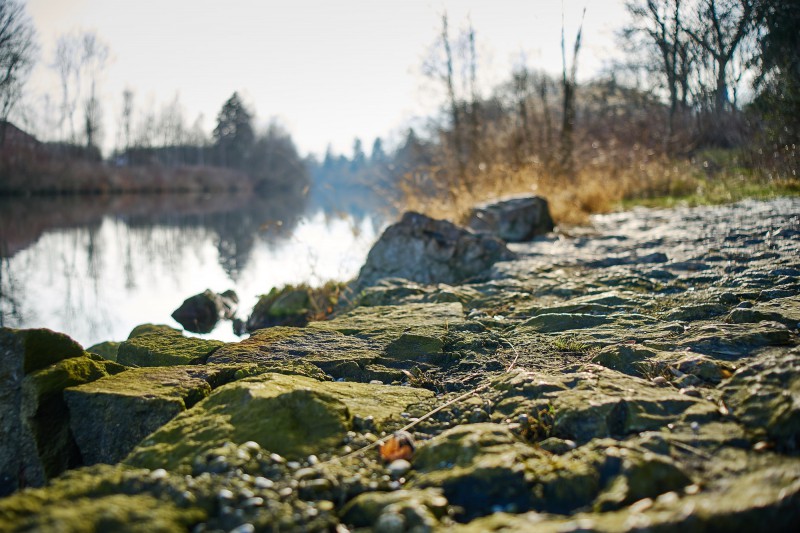 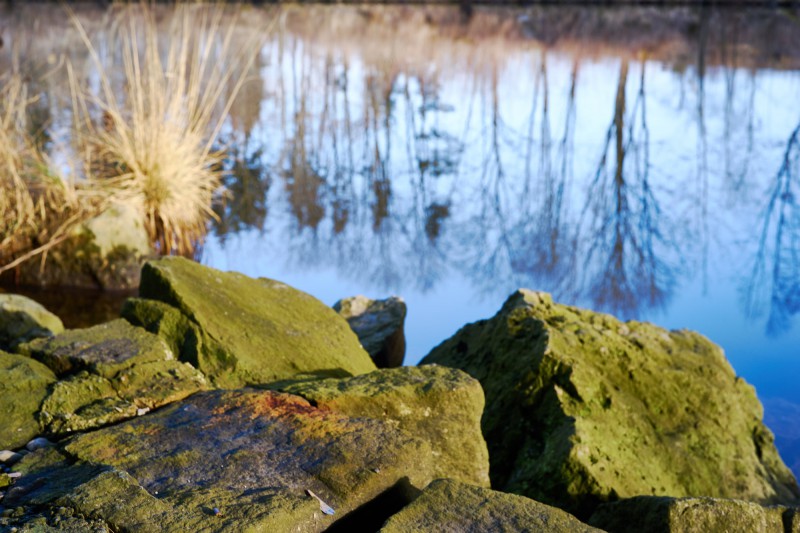 I even found some kind of flowers and took some more photos of them, hoping I could make them look nicer with the help of some post processing 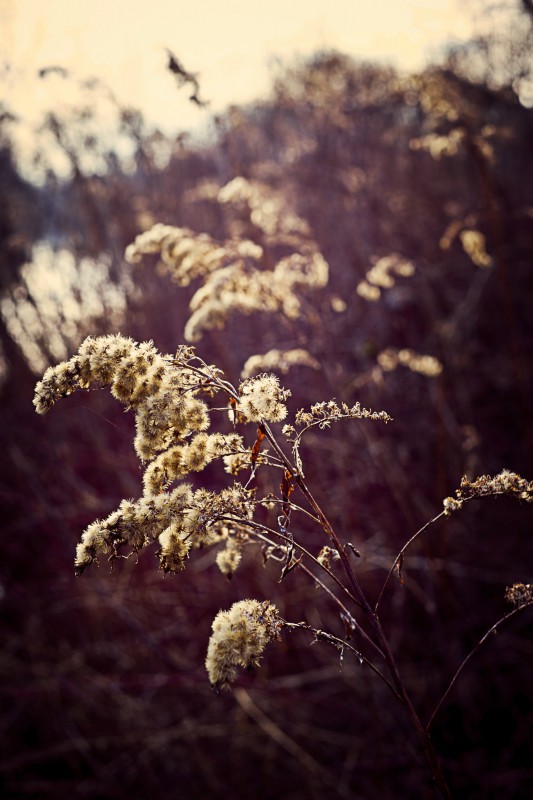 I took a little walk and wanted to find some more things along the river I could take a photo of, but the track took me away from it, leading to fields and farmland. When I decided to go back I saw a beautiful landscape. 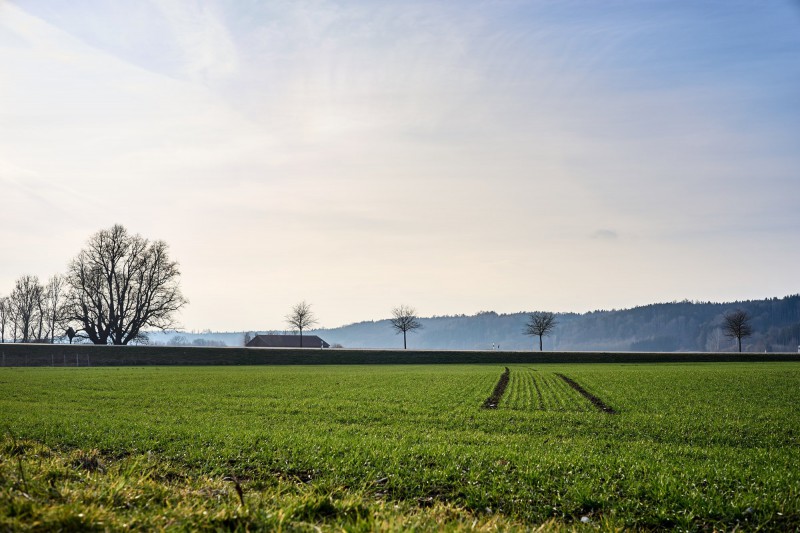 I tried to follow the river a little more and had to pass a forest, when I saw some sunlight shimmering through the trees. 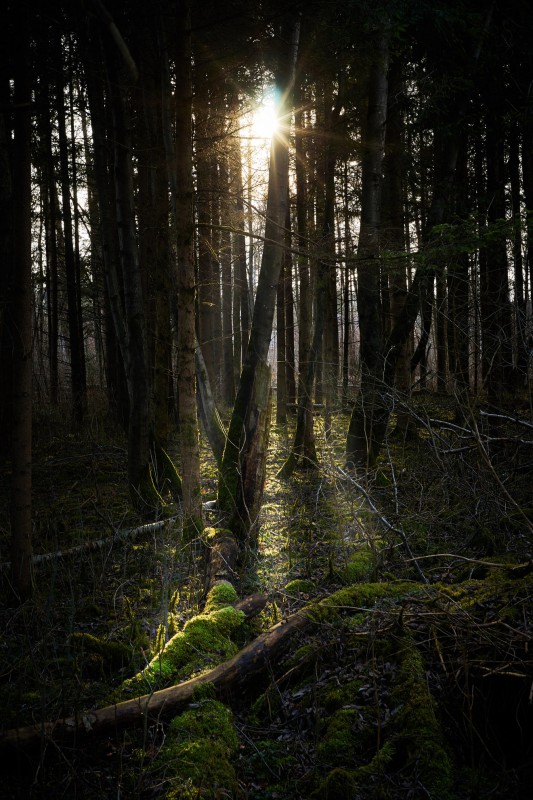 I had to go home and when I came to the next village I suddenly stopped the car, because I discovered another subject I wanted to capture. 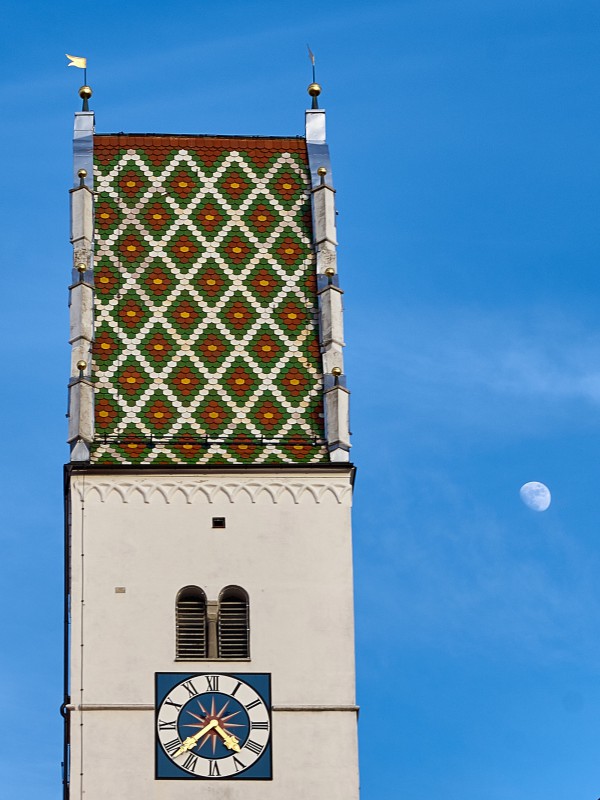 Maybe I did not take the best photos ever, but it was fun and I had a good time. To sum it up, if you don’t know what to shoot, maybe you should ..